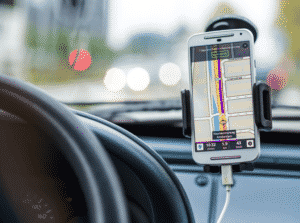 Surprisingly, several studies have shown that hands-free cell phone use is just as dangerous as traditional cell phone use while driving. Several states, recognizing this, have prohibited any cell phone use by new drivers. While it seems logical to assume that keeping both hands on the wheel would be safer, the problem with talking on the phone while driving has less to do with a driver’s hands and more to do with his brain.

The National Safety Council published a white paper on the subject of hands-free devises in 2012 and concluded that any cell phone use takes a driver’s attention away from his surroundings. Researchers studying human brain functions found that we do not actually “multi-task,” or perform multiple functions simultaneously.  Instead, the brain switches back and forth between tasks. While the switching back and forth is quick, our attention focuses on one thing and then the next, in rapid succession. While driving, even a small lapse in attention can be dangerous, especially at highway speeds.

In a 2015 episode of the popular television show, “Mythbusters,” the hosts found that, on a driving course and in a simulator, subjects had as many accidents while using hands-free devices as they did using hand-held devices.

While talking to passengers inside one’s vehicle can also be distracting, studies have found that cell phone conversations are more dangerous. One possible explanation for this could be that passengers can also watch the road, alerting drivers to unseen dangers.

It may be impossible to expect all drivers to give their phones up completely, but some safety practices can minimize accident risks. All new drivers should avoid any cell phone use, for example. Furthermore, all drivers should forego talking on the phone in heavy traffic, bad weather conditions, or on unfamiliar roads.

If you or a loved one is injured by a distracted driver, the law firm of O’Brien & Ford can help. Call us today at 716-907-7777 or visit our website at https://obrienandford.com/.

Let’s get started on resolving your own personal injury case.